One of the great scanners of the 1990s, Manufactured by GRE communications Japan for Tandy/Radio Shack. The Pro-2005, like the almost identical Pro-2006 was known to be particularly good on AM airband, nice tone from the top mounted speaker. Much loved by its owners, The Pro-2005 and Pro-2006 family of receivers had a huge following back in the day.
A Receiver design considered by many to be, one of the all time greats.

Unfortunately GRE Japan bowed out of the market some years ago initially leaving behind GRE America Corp and more recently GRE scanner business was transferred to a new company, Whister .

So, when I seen a Pro-2005 selling very cheap around a year ago on a local trading website I couldn’t resist buying it. When it eventually arrived, It was self evident that the previous owner had not looked after it very well. I turned it on (very tentatively..more on this later..), it worked…well sort of.

When I received it, it had an intermittent issue with the signal, it would randomly disappear and re -appear,sometimes after a few mins,sometimes after an hour or so. I traced the fault down to several dry joints around some of the trimmers and audio circuit. Took ages to find the issue with magnifying glass and cocktail stick poking around in there, anyway the joints re-soldered I soak tested it for several days, satisfied I had cured the issue 100%, I put the unit away “in storage”and promised myself that I would find time to refurbish this scanner.

That was 12 months or so ago.
Anyway, with a spare weekend on my hands this week I decided to tidy her up a bit. Here goes…

The display was very dim and faded, not the nice light “timex indiglo” blue that it used to have.

During my initial tests and diagnostics, I definitely refrained from using the headphones in the front socket, and I kept one hand behind my back at all times when working in on this radio..even though the previous owner/seller had told me  the unit was “all okay” …heres why ..

I did say.. “turned it on tentatively”…

The cable grommet/clamp was missing from the metal chassis and someone had made a “nice” 240vac junction using a connector block wrapped in electrical tape inside the chassis. The previous owner evidently did not care for their own safety as there was no protection to prevent the cable chaffing on the sharp edge of the entry hole to the metal chassis, or to prevent a child pulling the cable free from the scanner and having a 240vac live end to play with…

Metal chassis & no earth connection for the AC cable just a 2 core used here so it is imperative that the AC input is secure, and its right, and has the correct fuse protection and rating..no iffs, no buts.

Heres a photo of the radio, nothing short of potentially lethal.

To top it all, a 13amp fuse was placed in the plugtop…hmmmm, interesting !

Now that you can see the above photo, You will understand why I refrained from using headphones !

I dont fancy half a day out with the undertaker !

This issue has to be put right.

First we will attend to the backlight, lets get the front panel off and let the dog see the rabbit.
Remove top and bottom lids of scanner (4 screws total) and unplug the speaker connector from the main pcb, easy.

The front of the unit has 2 circuit boards sandwiched together,keypad and display PCBs, these have to be separated to gain access to the display LCD glass side of the pcb.
Remove 6 small panel screws (marked D) use forceps or tweezers to retrieve these little beggars ! Or my trick, a tiny blob of bluetac on the end of a screwdriver works a treat to get them out, or back in.

De-solder the ground connection from the volume control (marked E) from the pool of solder on the metal shield, pry up with pliers while applying heat to free it.

Tip : If you have trouble here, some lateral thinking..put more solder on the joint with a larger iron, this will create better heat transfer and the wire comes off really easy.

Refer to the fixings/connector map photo I posted above earlier, Pull up on connector (marked F) and at the same time pull up gently on the EL backlight transformer (part marked E5N75) with care coax the 2 boards (LCD module pcb & keypad unit pcb) apart.The female connector in the far corner of the LCD PCB is quite tight on the male pins of the keypad PCB, dont force it,or a cracked board may result and that will be a real bad day at the office.

The plastic control panel bezel with the small keyboard PCB still attached will eventually come free from the LCD PCB.

The LCD PCB Module will now come away from the plastic frame as a single board seen here on the far right of the next photo.

De-solder the EL backlight terminals with a pump or solder mop.

Use a craft knife blade or scalpel to gently cut the 25 year old everlasting Japanese yellow glue gunk seal located on the bracket under the lcd. Careful with the knife here, dont put pressure on the LCD glass or the black plastic bracket..take your time, you will work the glue free eventually. Then pull out the old EL panel away from its slot in the LCD.

Withdraw the whole panel carefully, dont force it. If it wont move,keep working on the glue seals around the brackets and try again.

Compare the original and new panel (supplied by EL Wirecraft here in the UK ,link at end of this post)

“sharpie markie time” and cut panel to size (the outer black edge line of the sharpie) with sharp scissors…you may need to trim very slightly later…better too long than too short at this stage.

While we are here, lets have a look at the keyboard by removing the small pcb panel held into the bezel by 4 small screws.

Careful not to bend the row of male pins on the corner of the board , Underneath the small keyboard pcb is the keypad itself.

Oh dear, essence of Marlboro is it ? Distilled to perfection ! Yuk..

One key is coming away from the silicone pad, a quick “precision” repair with clear silicone sealant applied with cocktail stick repair made good again. A few hours later after the sealant dries, Pop it all back in and refit keypad pcb.

Back to the EL backlight,

Clean up the reverse side of the perspex window with soft tissue paper, it looked clear enough but amazing how much sooty crud gets in there over the years.

Back to the new EL panel itself, after cutting, experiment by offering the new panel into the slot, trim again if too big. When you have the size just right,  seal the open end neatly with clear “office” adhesive tape. Sealing makes the backlight last much longer than leaving it open ended.

Next, Replace old EL panel with new one , slide her into the slot. Hook over the ends of the EL panel supply ribbon legs into the other side of the holes to stop the panel moving around while you solder it up, that comes next.

Solder it all up.

Trim off the excess from the legs of the anode and cathode of the new EL panel & Apply a cut square of electrical tape to the bare ends.

Secure the other end of the backlight with some black electrical tape cut to size. Press into slot with cocktail stick , this stops any movement.

I obtained a new mains cable, a branded Volex one 2 x 0.75mm for a cd player etc with figure 8 connector (I cut this off to leave a free end), and 3 amp fused bonded plugtop which is good news !
I also sourced a correct type gripping grommet, very hard to find these if you are just browsing around electronics parts stores online.
The key words/phrase to look for in your chosen search engine are :
“Strain relief bush grommet”
There are flat and round cable versions.
Its important to select the right type of strain relief grommet from the many that are available, the dimensions of the hole in the chassis of the radio and the mains cable are critical for the selection of the correct part.
I was lucky to find a company here in the UK that sent me a couple of free of charge samples when I gave them my dimension requirements and luckily enough, one of them was an exact fit.

With the correct grommet now secure in the chassis, I terminated the new flat parallel twin AC mains cable to the scanner main AC transformer red cables as shown.

Then inside a lighting type terminal chocbox with integral cable grips for additional security.

It fits just nice inside a recess in the radios metal chassis.
Far more importantly, It makes a secure termination for the AC mains inside the radio.

Safe at last ,looks a lot tidier round the back too !

Lets switch on and see how it looks,

Thanks to David the Boss at EL Wirecraft here in the UK for sending the replacement item so quickly.

The item used is linked below, I used the light blue (tron blue) variant.

The company also have an ebay shop.

LEDs have changed massively over the years, Now there are a multitude of sizes, intensity and colours. I have seen a few users attempts LED backlighting and all have had great difficulty spreading the light around the panel evenly.
I prefer the OEM factory way of backlighting with EL, it may not have the longevity of LED but it does provide very even light around the LCD and it maintains the 1990s look.

Im very happy with this scanner now, its a world away from the condition I received it in and it has a very pleasing tone. Fabulous receive on AM airband which is what I bought it for. I have already put it into service spending a few hours this afternoon scanning around the bands. Up against my Icom IC-T7E dualbander ,on airband receive, no contest the Pro-2005 wins by a country mile with its excellent sensitivity and beautifully rounded tone.

Hope someone finds this guide useful.

What do I do with all these scanners ?
My main interest is monitoring aircraft at high flight levels as they pass overhead my garden viewing spot towards the Atlantic Ocean. As they pass overhead, I photograph them with my camera and telescope combo.
You can see some examples like this on my Flickr page … 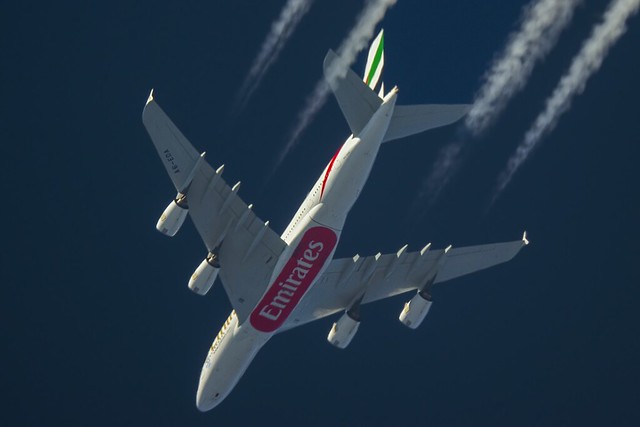